Professor Jonas Nesterval grew up in Vienna without a mother. Why did she leave him and what has it to do with her position in the social democratic movement in Vienna in the 1960s? In search for his mother’s legacy Prof. Nesterval built a testing facility and invites a very limited number of people (16 at a time), to get an intimate and immersive experience in a curious testing process.

The project is a production that deals with the erosion of democratic structures and focuses on the fact that an ever-larger part of Europeans vote for populist or nationalist parties, and how fake-news shape our globalized coexistence. The performance comes back the spectators to Vienna in the late 1960s, where a group of political activists built a city under the city’s surface. The proposed underground city is planned as a secret place, where, in fearful foresight, democratic and socialist values can be conserved. But due to a political wrongdoing the place was soon forgotten until 2019.

During the first lockdown, the company created the online version of the show – a mixture of film and interactive live experience – engaging spectators by Zoom: it was a huge success.

Nesterval’s cast includes performers, drag artists, amateur and professional actors, who outline the history of the Nesterval family in various constellations. In a mix of classic gaming and immersive theatre, Herr Finnland and his team create performance adventures that turn their participants into actors in the play, authorised to determine what happens next. The Village (2018), Nesterval’s co-production with brut, was nominated for the 2019 Nestroy Special Award. 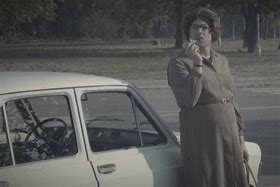 Since 2011 the theatre collective Nesterval engages its audience in a concept that unites immersive theatre with game culture. By playing with notions of gender, identity, high & pop culture we invite our audience to explore forms of expression together with our performers. All productions are site-specific and the enactment references the cultural, social, and historical aspects of the location.

The Kreisky Test is a medium scale production of the Be SpectACTive! project.